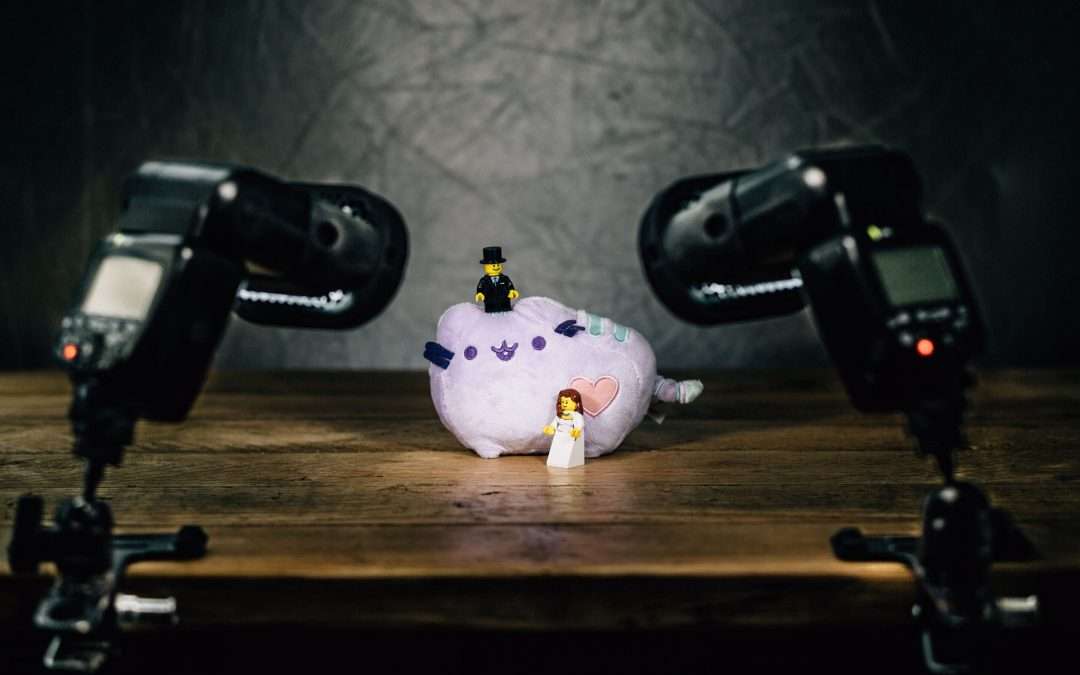 The cat’s out of the bag! Part 4 – Lighting and Off Camera Flash

For our final episode of ‘The cat’s out of the bag!’, here’s a look into our lighting bag. Our lighting kit used to be HUGE. I mean properly serious. And by that I mean we used to use big portable studio lights for everything. They were powerful, durable, easy to charge and had modelling lights. Plus the results were just incredible. BUT they were big, heavy, and inflexible. They needed cables, and a host of big rigid modifiers to really get the best out of them. They were really more suited to a commercial shoot than a wedding – and too slow for the fast pace we’re usually working at. 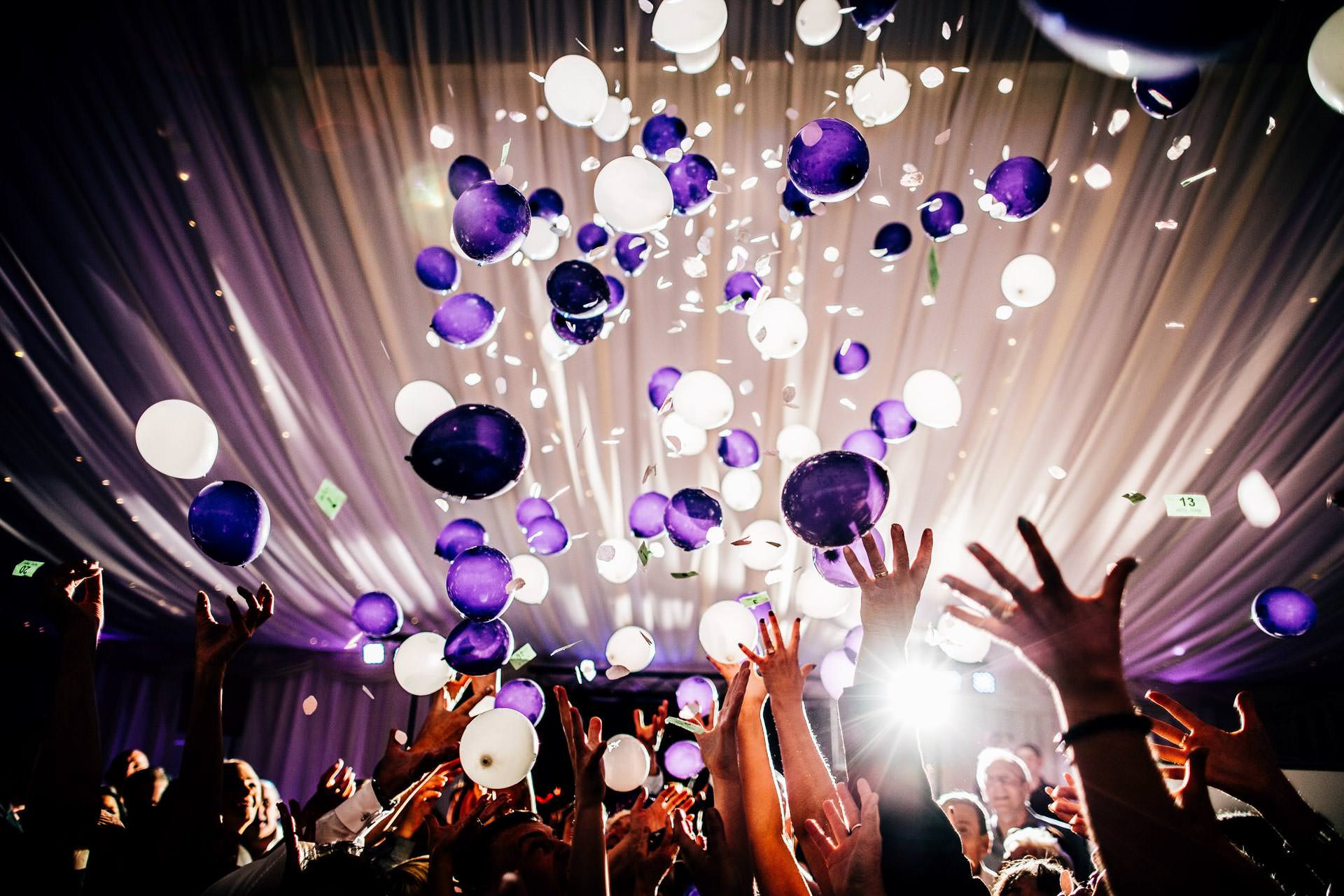 We made the jump to small flashes in December 2015 to address these issues. It was a little nerve-wracking at first to rely on an AA-battery-powered speed light for creative lighting after the effortless power of the Elinchrom kit! But now we have the flexibility to split up the kit, use tiny modifiers, small stands and clamps to put these in tight spots. We can each have our own multi-light setups during the evening reception when we need it. Although the recycle times could be better when the action gets frantic, these are consistent, reliable and pretty waterproof too. Having radio triggers built in also saves on hassle, setup time and batteries, and removes a single point of failure in the system; this has been invaluable.

We’ve had some misfires, and the batteries seem to run down inconsistently in pairs. The plastics also scratch REALLY easily so they’re starting to look tatty after only a year of use. We use Panasonic Eneloop AA’s to power them and they’ve been great, but recently I’ve been hearing good things about the Maha Powerex AA’s. When you’re buying 50 at a time they get expensive, but for the last little bit of recycle time when the action gets frantic, it’s worth the investment in good batteries. We use a Maha Powerex to charge and condition all of our AA’s eight-at-a-time for quick and reliable turnaround between weddings.

At a recent wedding, some kids picked up our 3m high light stand by the legs and smashed two of our 600ex-RT’s into a hardwood floor. They were attached by the hot-shoes to the Triflash bracket. One of them had an error message but came back fine a few moments later, and the other just kept on shooting as if nothing had happened. I doubt I’d be saying that for off-brand strobes. That was a good commitment test, and for their quirks we can rely on them to keep on shooting through anything. 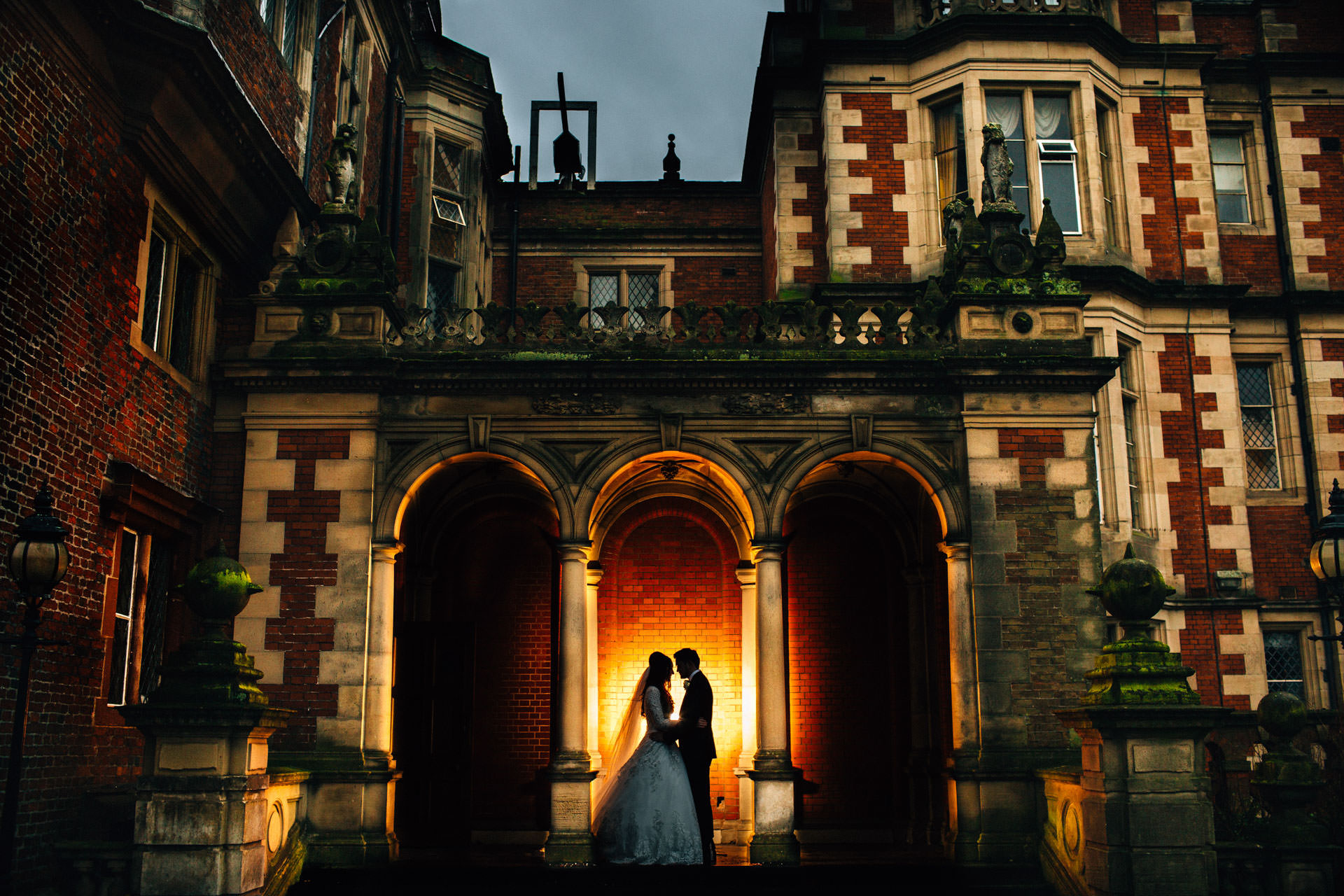 Using the new STE-3 triggers means we have better range than line-of-sight. It also means that we can change power, metering mode, zoom, and even switch to using channel ratios for on-the-fly adjustments in multiple-light setups. These seem to have a little quirk which means if you fully tighten the locking spring, they lose connection. The range could also be better for shooting scenes long with a 135mm lens. The range is stated as 30m and I’d say this is fair – I’d LOVE 100m range though, I’ve had to abandon some awesome concepts i.e. shooting across a lake because I was just out of range. We’ve had some mis-fires and no-fire situations which isn’t great, which needed a re-seat and a wiggle of the locking spring. The flexibility of being able to change settings from the trigger saves a lot of time though, so we live with it’s quirks and challenges. 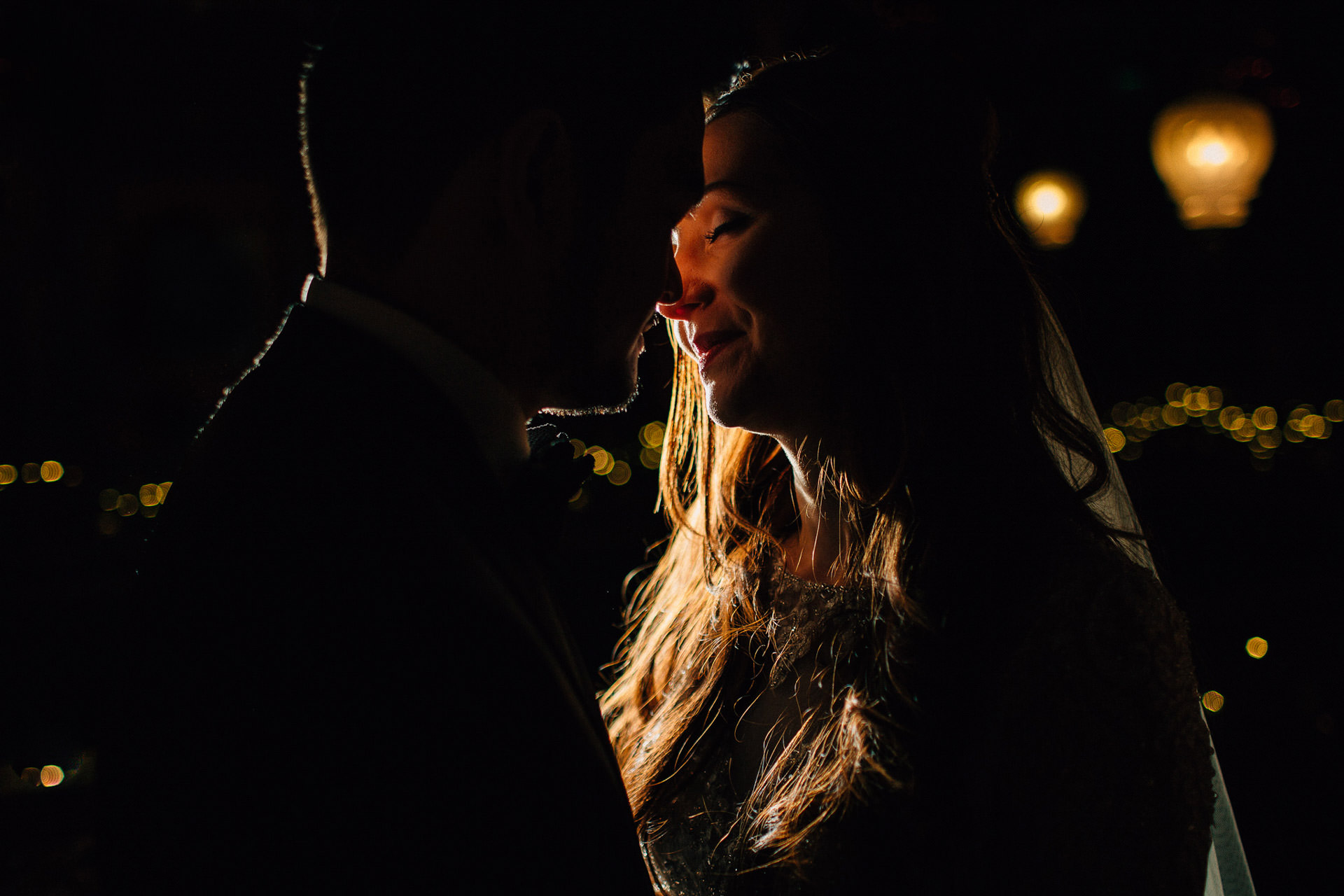 So, we love grids. There, I said it. Grids are awesome. What’s not so awesome? Trying to velcro a grid onto a flash in the pitch black while holding your iPhone torch to see what you’re doing. And making a total mess of it when you see amazing opportunities happening around you. Magmod have made a system which just snaps on with magnets, instantly. Not just quick, instant. We have these on 2 x of the flashes at the moment, and they’re superb. We have the basic kits which have a grid (yay!), gel holder, and a set of colour correction gels. We’ll probably add two more kits when we can justify it, but two strobes with Magmods make a great system that can handle pretty much anything.

The magnetic jacket for the flashes makes the speed lights a bit more heavy and cumbersome than they are without them, meaning they don’t stand on their little plastic robot legs anymore when modified. They’re also a little harder to find room for in your bag due to the increase in size. Apart from this, they’ve been through it all with us and never let us down. They’re simple, robust, and flexible which is what we love. We also have 2 x of the MagSphere and the creative colour gel kit, which is a great addition and will be seeing more use in 2017. 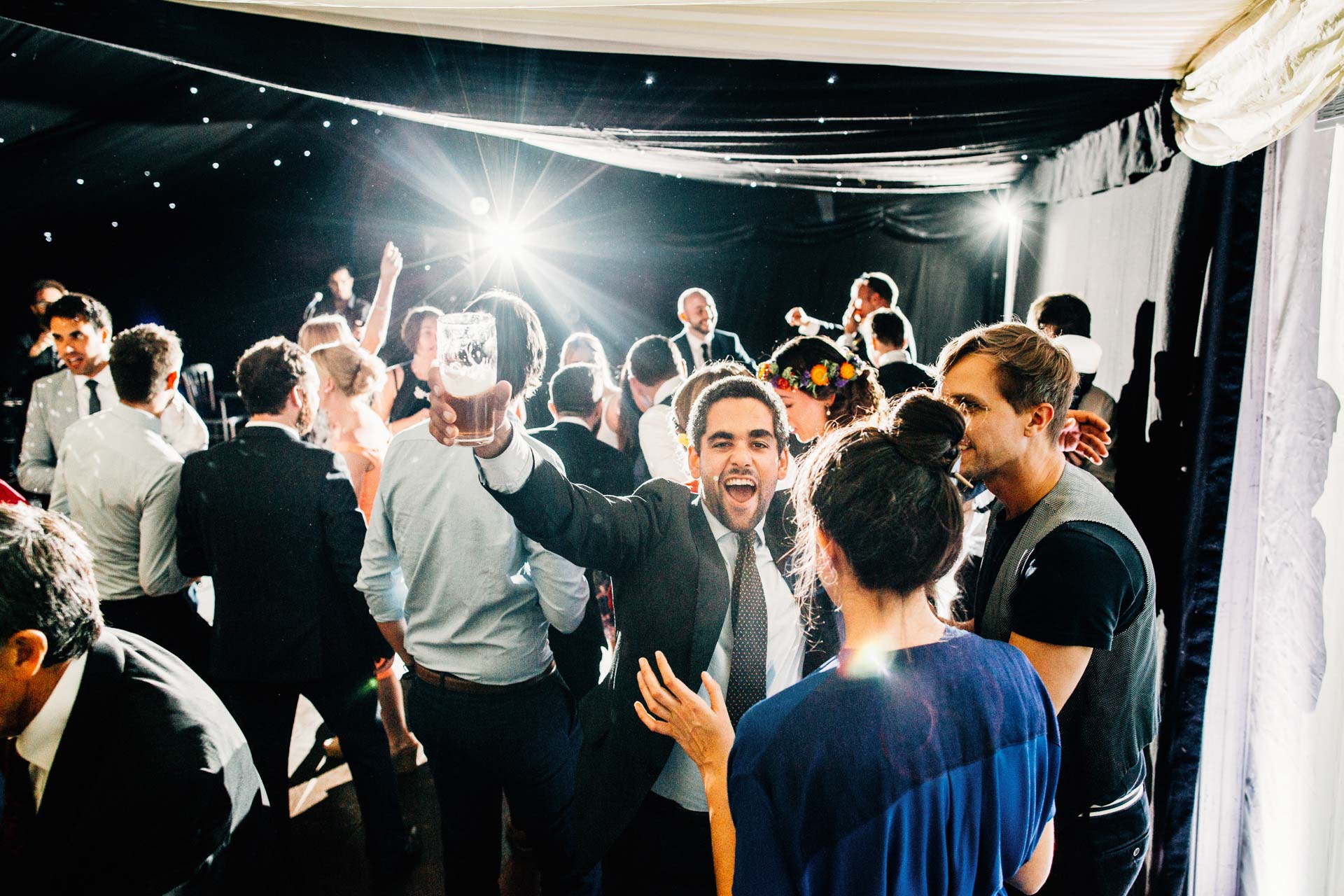 We have the original Westcott Ice Light. It’s a daylight-balanced LED strip light which doesn’t have the traditional annoying LED flicker. Flash lacks the WYSIWYG instant-gratification of video light, especially for detail shots where we’re often pushed for time.

The limitation of the Ice Light is it’s not very bright, but Mrs F has shot some stunning portraits with this. You can get some barn doors for it, which would be amazing, but modifying an already-dim light source with black fences would make it unusable in the real wedding venues we shoot at. In 2017 it needs to come out more to try and offset it’s high cost. The battery lasts about an hour on full power and looks a bit like a lightsaber to drunk guests. Which is always good. It’s also great for finding the car in the dark after we’re done shooting for the evening. 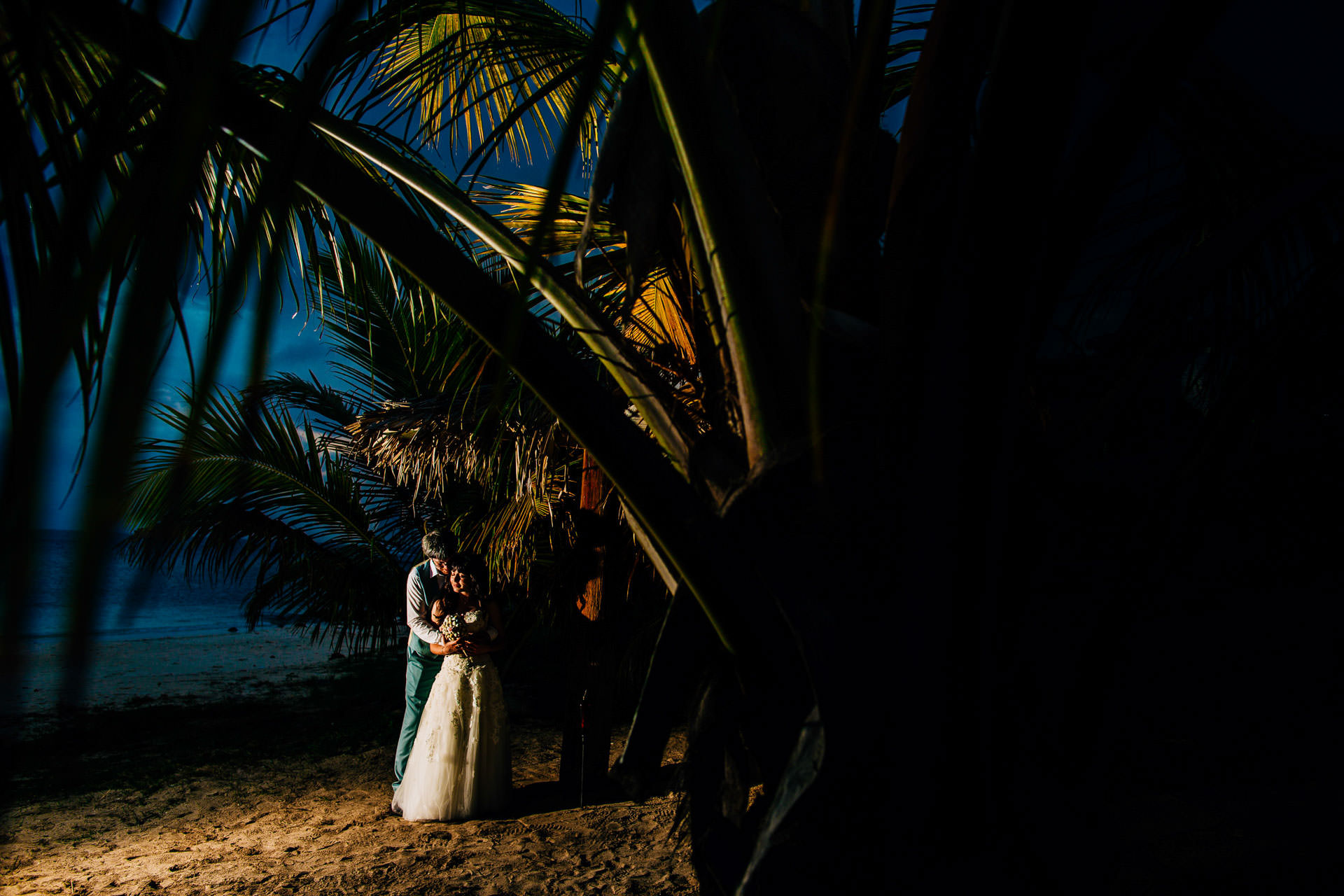 Great little stand, couldn’t recommend it more. Has been round the world with us and survived a LOT of tricky placements and falls. It’s tiny, lightweight and really sturdy. The legs fold back on themselves so it’s smaller than regular designs when collapsed. If we manage to break this, we’ll replace with the same. I cracked one of the tightening collars the first time I ever used it, but it’s kept on going and not caused issues. 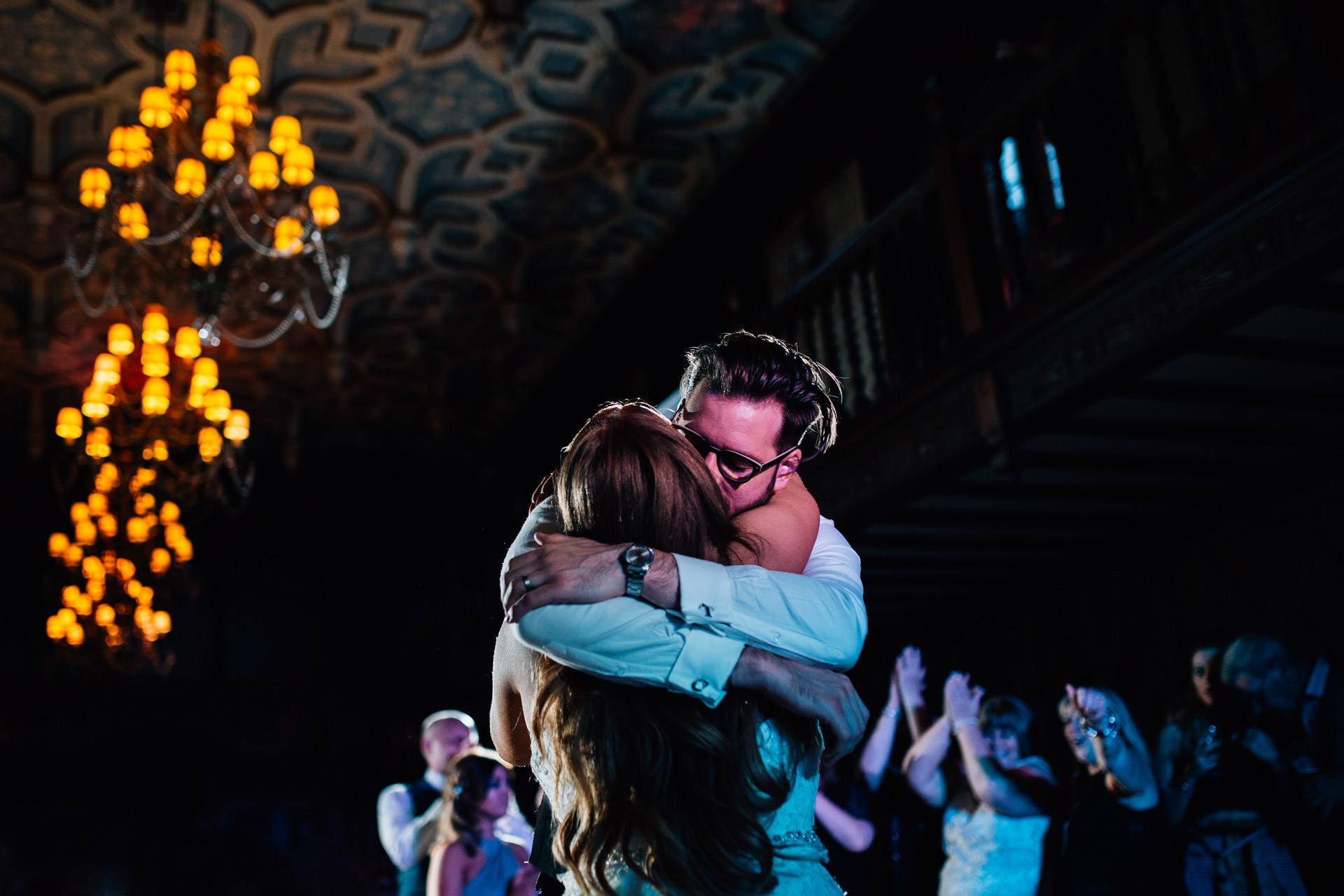 We bought these after seeing some setup shots from Joe McNally. Essentially, it’s a ludicrously heavy-gauge spring clamp with a ball-head and cold-shoe. We use it for mounting speed lights pretty much anywhere, and being able to position them using the ball head is a big plus. It’s big, pretty heavy, rock-solid, reliable, and flexible. It’s worth the size and weight and can replace a light stand in a few situations. They seem to be a bit hard to find in the UK, but grab one if you can. You can also put these on light stands and poles, so these replace standard mounts in your bag too. 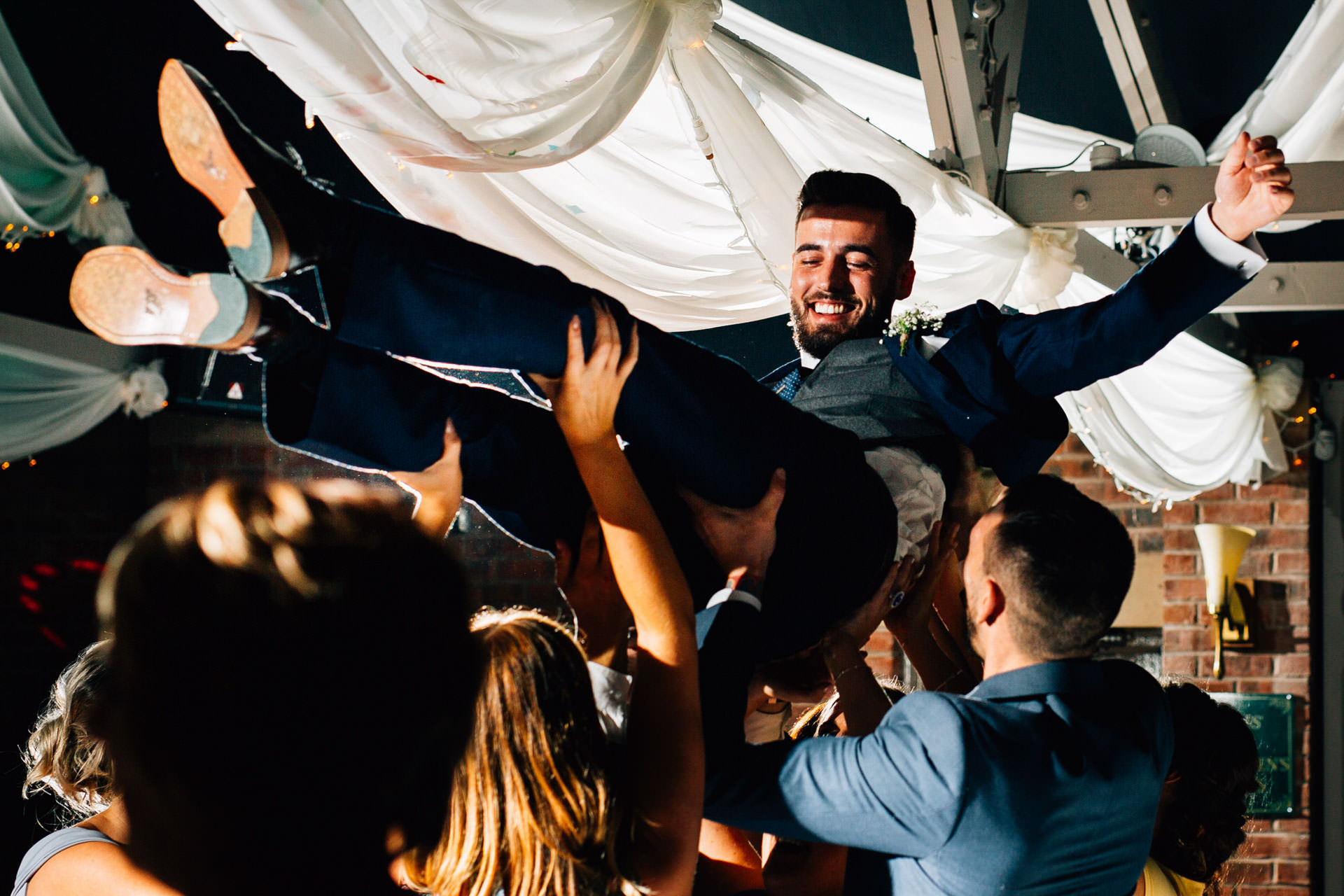 This is three speed light cold shoe brackets in one! You can create a big, powerful light on one stand using three speed lights, by firing them through an umbrella or softbox. You can even add a fourth or fifth light into the cluster by clamping Justins around it. But nobody really needs that much light. It’s almost the same size as a standard cold shoe bracket too, and tilts. So we use this as a standard mount with the added flexibility of taking extra lights as needed. I took out the metal retainer clips as they made it fiddly, and the fit is perfect without them. 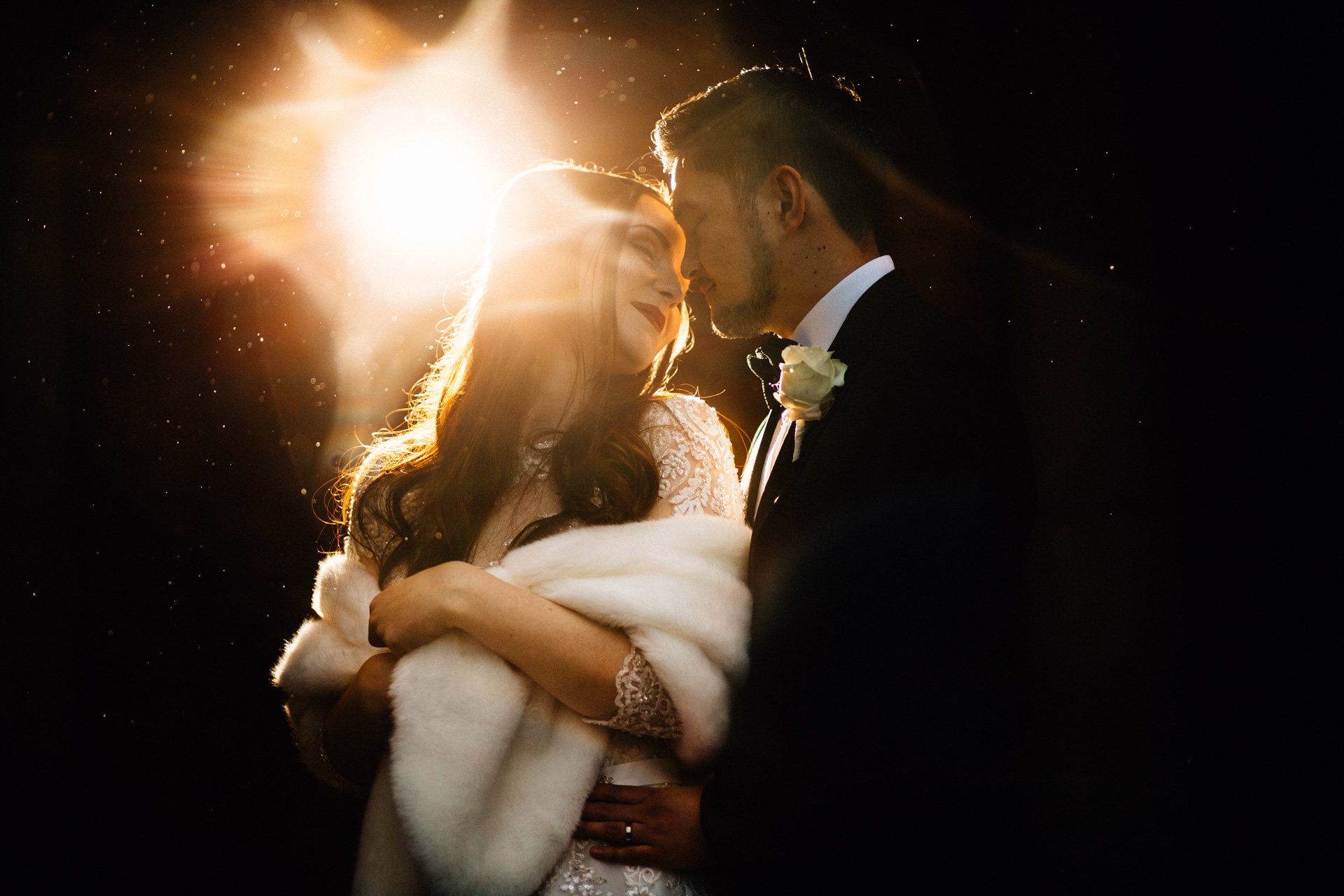 We have a little black bag which travels to every wedding. It has spare batteries, cards, chargers, tape, cold shoes, velcro, plastic bags, various medicines, elastic bands, lens cloths, and a few other bits and bobs to help us out in an emergency. This stays in the car, just in case we need anything during the day.

And that’s about it – we hope you’ve had a good time rummaging in our bags! If you’re wondering what to try for the next year of weddings, hopefully we’ve given you a little insight into our world.

Cat and Arran’s wedding in Villegailhenc in the

Chloe and Alex got married at the very grand Sough

Preview part 1 of 2! Yesterday was Jonny and Bec

Sarah and Ben's wedding day will forever be in our