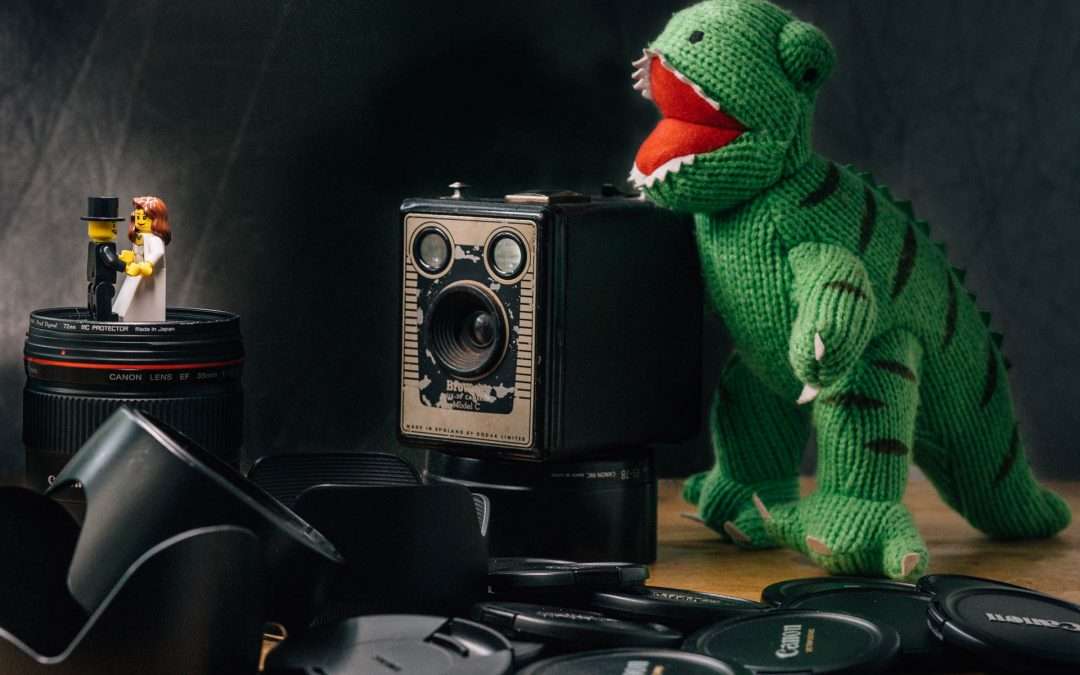 The cat’s out of the bag! Part 3 – Mr F’s Wedding Photography Gear:

So, it’s Mr F’s turn to open the bags and let you rummage around. If you’re looking for an counterpoint argument to our last issue of ‘the cat’s out of the bag’, then this is it. If you were dead-set on Katie’s kit but just wanted reassurance before heading out and going credit-card-crazy, then sorry, this really isn’t it. So, without further ado, let’s un-velcro:

It’s always a struggle knowing if you can fit and organise your gear into a bag, but luckily we got to try some out and this was the perfect fit for me. After having one too many pints spilled into my old-faithful bag by wedding guests (yes, seriously!), it was looking a little tatty at the end of a busy wedding season. The Think Tank Retrospective 30 is a tough, great looking bag with tons more space than you’d think. At a push I can fit 2 x bodies, 5 x lenses, 2 x speed lights, triggers, magmods, batteries, clamps, my wallet and keys, and still have room for a bottle of water. It’s heavy when full, but after a full-on wedding season including shooting in Antigua, still looks almost as good as new.

Because matching ones would be kinda lame. Didn’t think I was cool enough to pull this off at first, but what do you know? 😉 This has to be one of our favourite purchases ever. We used to use a black rapid strap and a regular strap to manage 2 x bodies, but this is just better in every way you can imagine. I went for the black to match my wedding clothes and look smart with a white shirt. However, I found out on the first wedding, that the dye tends to run from the black ones. I ended up with a big black X on my back like I was auditioning for Logan. Grey shirt purchased, problem solved. But do bear that in mind when buying – Katie’s chestnut version doesn’t run at all.

I used to be a Nikon man until I got my hands on the original 5D that Katie had when we met. That swung me to the dark side and I’ve never looked back. The 5D series have continued to evolve as a serious professional tool, and the MKiii’s weather sealing and low-light AF capability was a real game changer for us. Yes they’re heavy, but we don’t see a need to change these yet. After two years of hard shooting and over 200,000 shutter actuations they still work as well as day one. We’ve toyed with the idea of upgrading to MKiv versions, but apart from some shadow noise the files are faultless so we’ll keep going for now! 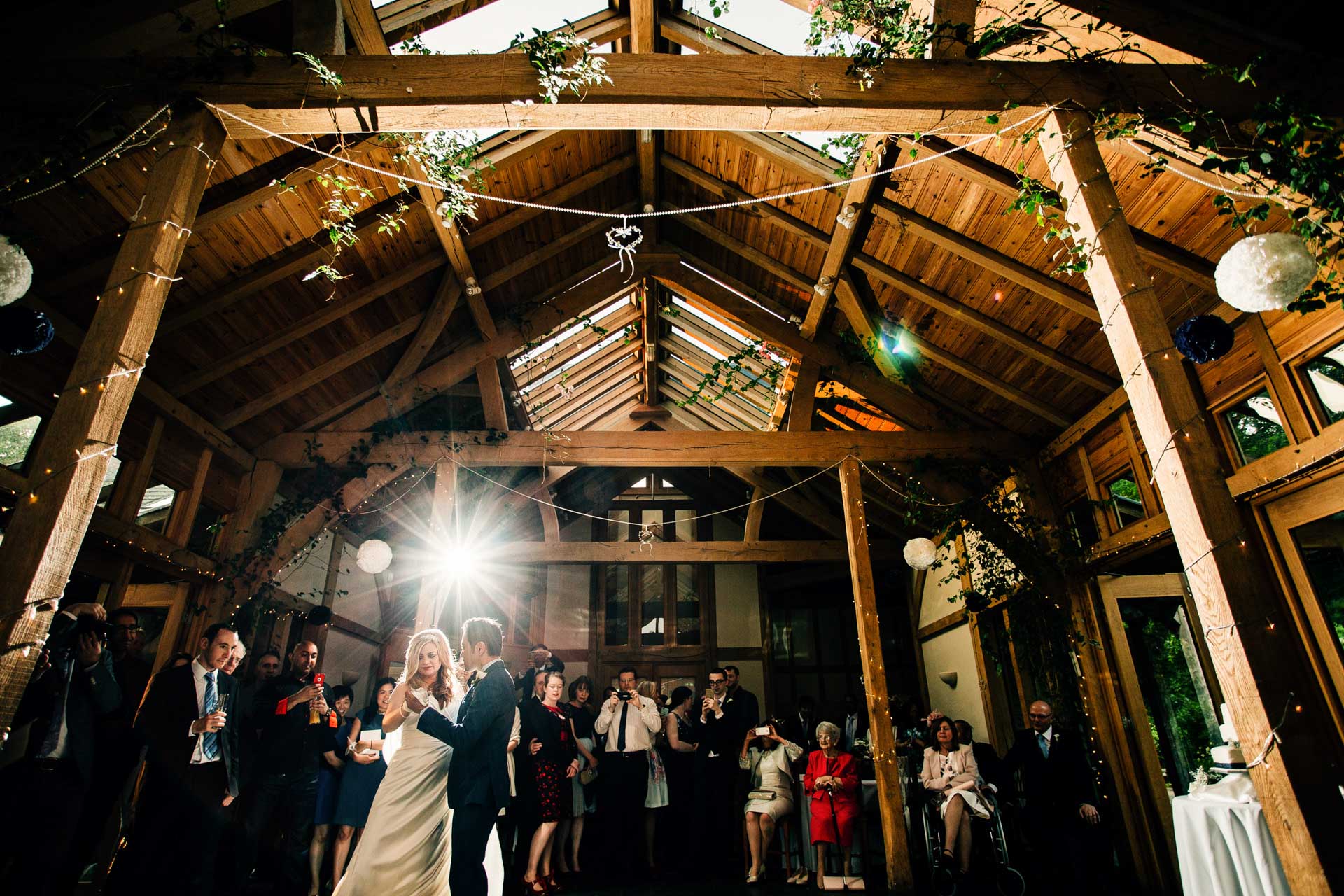 Yes, it’s a zoom! The only one we have actually. This is lightweight, comically wide, weather sealed, razor sharp, fast to focus and makes pretty sunstars if you want it to. Dirt cheap, we bought this after a workshop and it’s been in the bag ever since. It doesn’t see much action now as we tend to move around a lot more to gain our perspectives, but it’s great for super-wide perspectives in tiny rooms and getting in the middle of the dance floor with. If I got time to shoot some landscapes anymore, this would be my first choice – maybe one day! 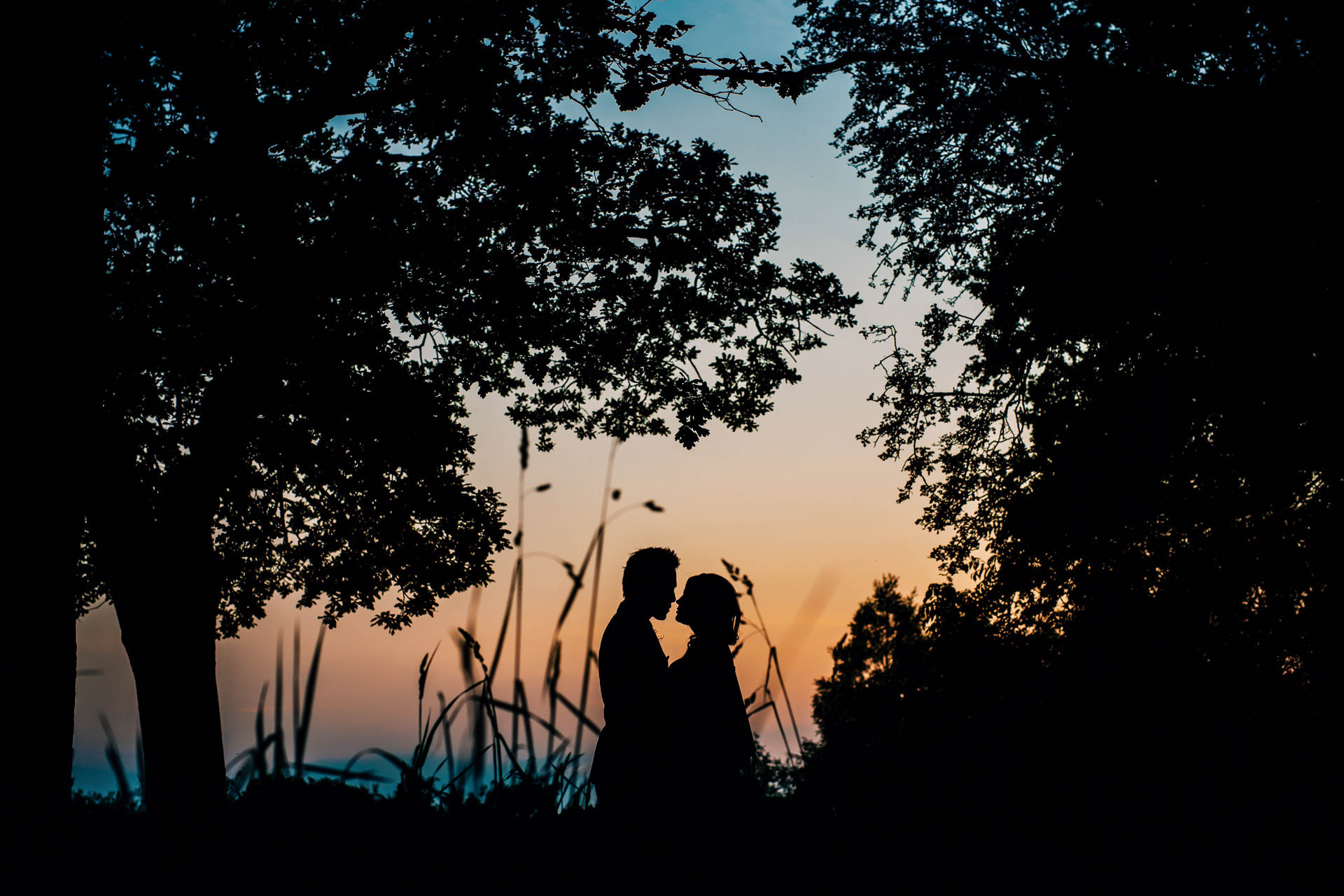 I LOVE the 35mm perspective on full frame. It’s just wide enough to be storytelling, but not so wide it distorts perspectives. It’s the classic photojournalistic focal length for a reason, although sometimes hard to get my head around. It’s rock-solid, fast-focussing even in very low light, silent, sharp even wide open, and relatively small and lightweight. Not being weather sealed is my only complaint. This lens has been on my camera ever since our first wedding and rarely leaves it. I know I keep going on about weather sealing, but this is England, and we shoot in the rain a LOT. I’ll probably buy the MK ii version if that ever becomes an issue, but this version still out-resolves the 5D mkiii body after all the abuse it’s had, so I see absolutely no reason to switch. 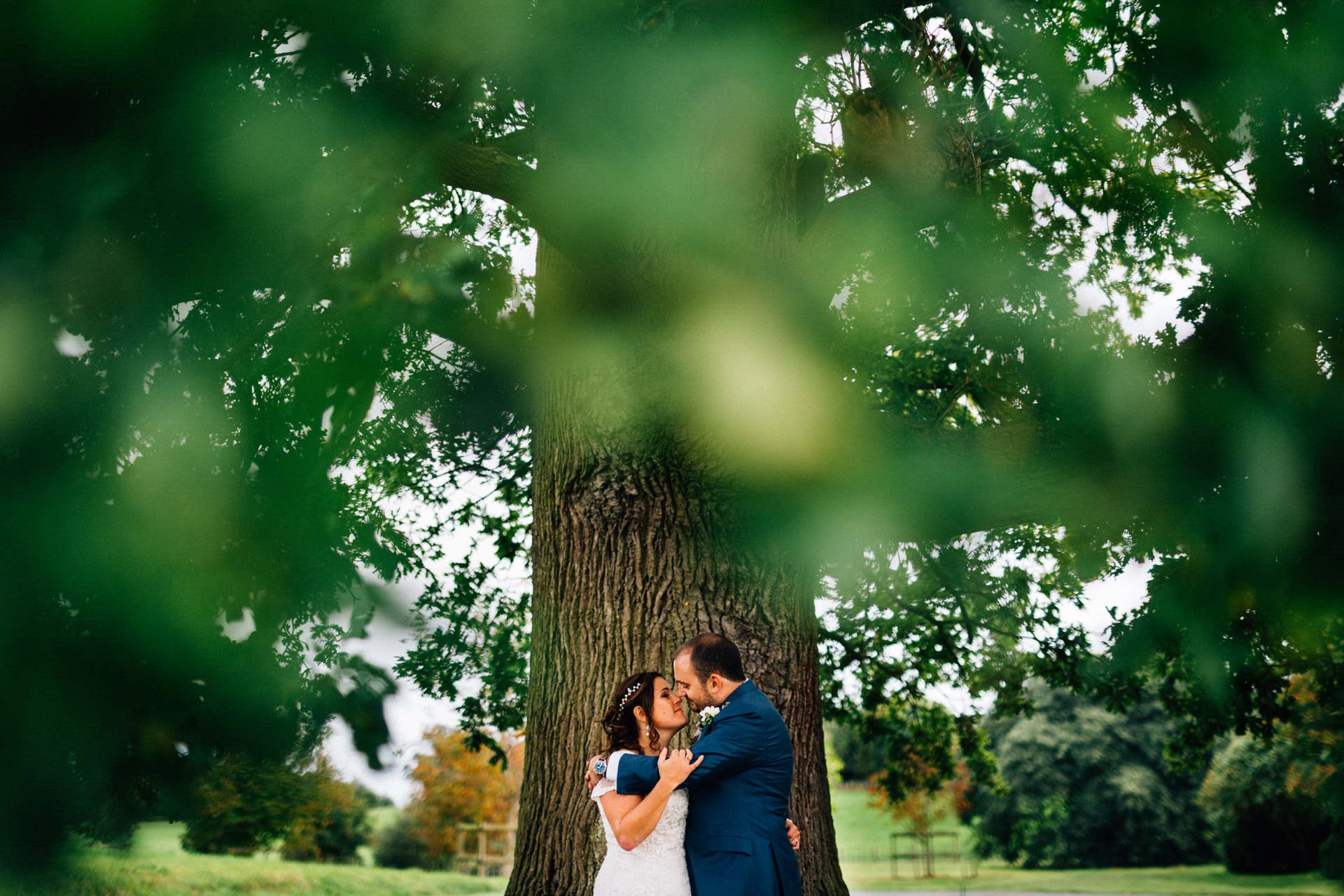 Yes, we both used to have the Canon f/1.4 versions. We both loved those lenses. Katie broke hers in Thailand while riding an elephant, and I dropped mine down a big hill in Cheshire. Before that they were great, we just lost confidence in their ability to withstand our sometimes furiously ham-fisted approach to our gear on a wedding day. I’ve had the Sigma 35mm Art, and to be honest I didn’t get the hype – a bit too clinical, cool colours and not as much grit and soul as my Canon 35mm. This 50mm is the opposite. It’s possibly the biggest heaviest 50mm out there, but it’s a hell of a performer. It’s absurdly sharp even wide open, fast to focus with beautiful bokeh, but it also has a lot of character. I probably use this too much, usually in lieu of an 85mm in smaller rooms or where there’s a huge drinks reception outside where we can properly mingle. It’s just a glorious lens, and is usually used in combination with my 35mm for large parts of a wedding day. I don’t like the flare when backlighting with this lens, and it’s much heavier than the Canon 50mm f/1.2. I’d struggle to pick between this and the 1.2L if choosing now. 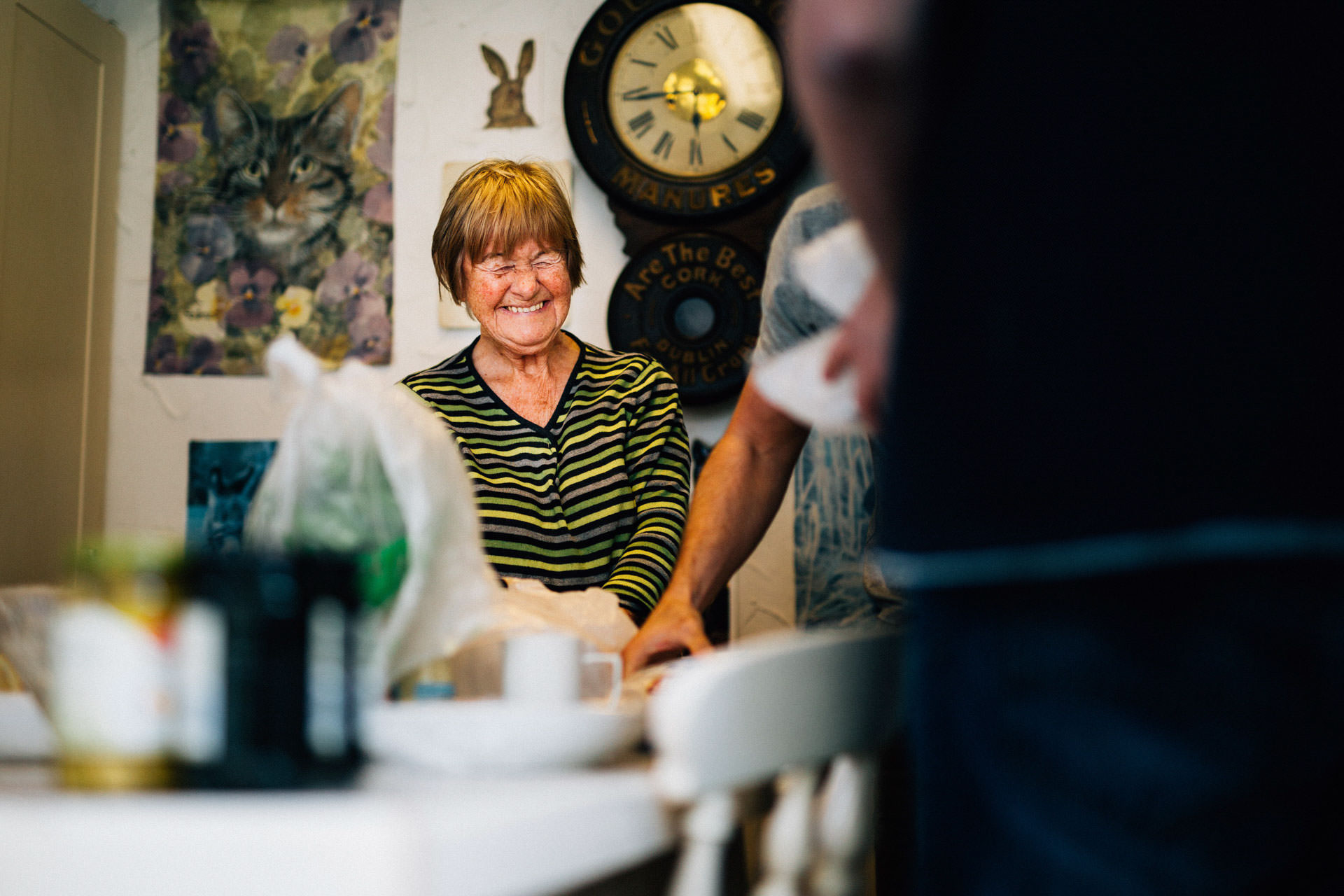 This was the first purchase we ever made for our wedding photography, and was used from our very first engagement shoot. It’s our cheapest lens by far. Katie used this on every wedding until she swapped to the f/1.2L version and it’s lived in my bag ever since. It’s a super-cheap, lightweight medium-telephoto that’s perfect for discreet documentary photography, fast enough aperture for low-light indoors. The AF is the star of the show though, it’s the fastest-focussing lens we have, and the bokeh is great too. It’s not as sharp or contrasty as the 1.2 version, and there’s some chromatic abberation and weird green internal reflections you have to be careful of when backlighting. I’m using this more and more as it’s light enough to carry all day and gives exceptional results if you learn it’s quirks. A great lens and a true piece of FP history. 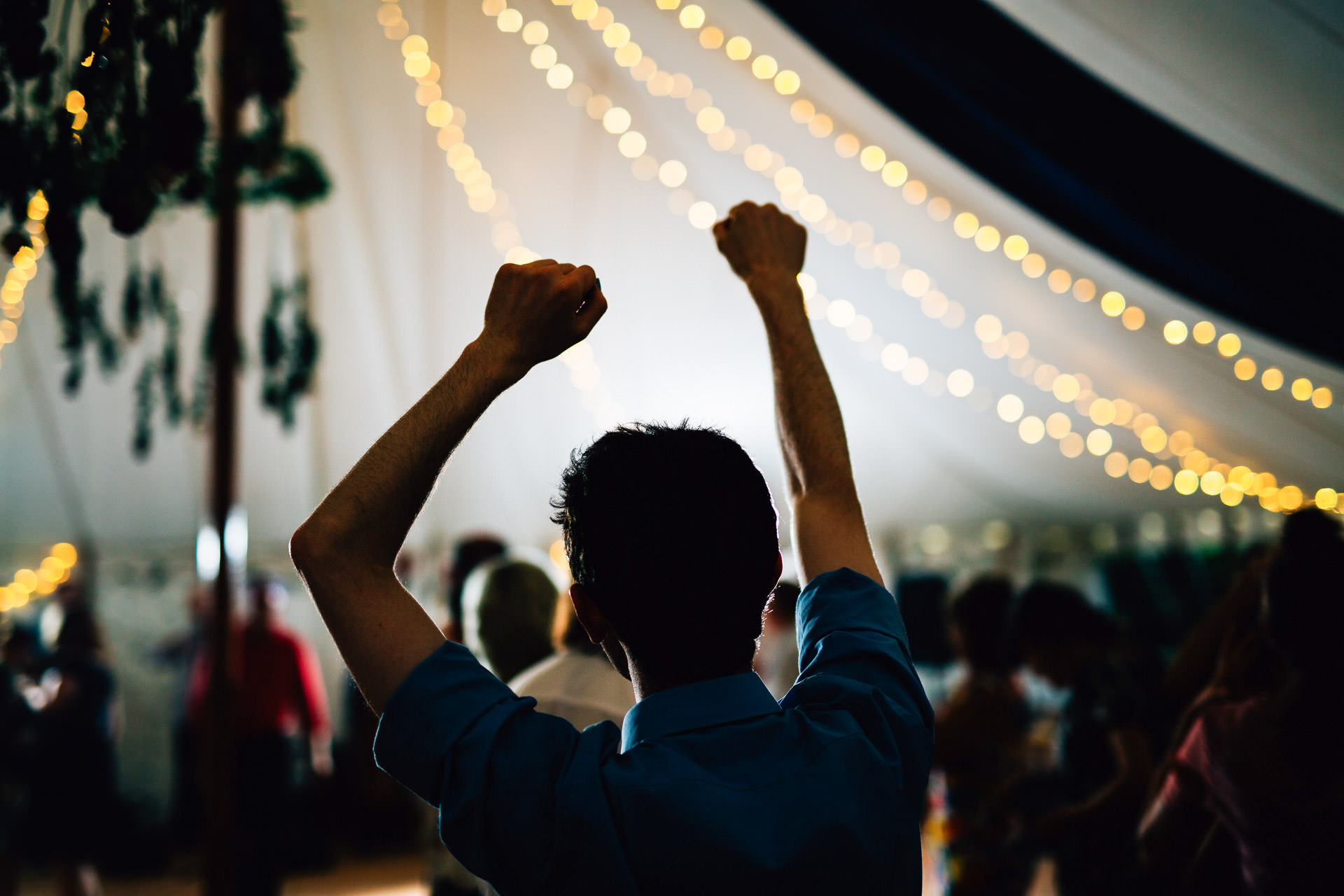 When there’s enough room to use this lens, nothing comes close. I wish there was more opportunity to use it, as the bokeh and colours are unrivalled. A little too long and slow to use in most venues or in low available light, this is invaluable for certain parts of the day like speeches and large outdoor ceremonies when the situation calls for it. Mostly replaced in utility by the 85mm, this has a certain magic I can’t give up.

We’ve always used Sandisk cards, and these ones are big, fast, durable, reliable and good value given their performance. We take 8 x of these out with us for a wedding. We hear they’re dust and water-resistant, but we take extra-special care of our cards so we’ve never tested this claim!

Next time, join us to see our wedding lighting and off camera flash gear!

Preview part 1 of 2! Yesterday was Jonny and Bec

Sarah and Ben's wedding day will forever be in our

Portraits are our favourite thing, being able to c

Jenny and Nick’s Palm House wedding was a long t