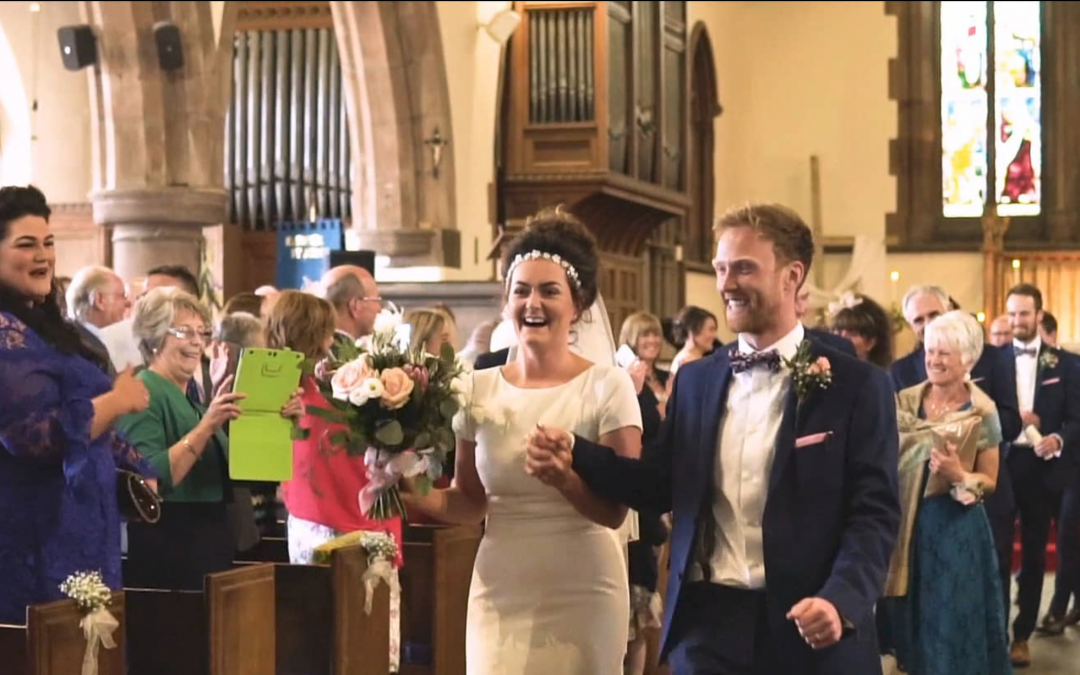 Armathwaite Hall in the Lake District has always been a favourite place of ours. It’s in the northern most part of the lakes, on Bassenthwaite. It has beautiful views across the lake and the countryside beyond. It’s a gorgeous old house in a stunning part of the world, and every time we get an enquiry to shoot there, we get a little excited. Sophie & Conor asked us to produce their wedding videography there in Summer, and we had an amazing time filming all the little moments that made their day awesome.

You can see the trailer film from their Armathwaite Hall Wedding Videography below:

Armathwaite Hall Wedding Videography | We asked Sophie and Conor to share a bit of their story and some wedding tips with you:

How we met – “We both went to university in Lancaster. One of my friends lived next door to Conor in first year of uni and the romance blossomed from there.”

The Proposal – “I went to northern Ireland to visit Conor and his family over a weekend.  On the Saturday, we went for a trip around the north coast. We stopped at various places along the way that we had visited on my very first trip to NI. The final stop was the White Rocks Beach. Where, after a walk along the sand we arrived at Conor’s mum and dad’s camper van. (which I didn’t have a clue about). It had been decorated with photos of us both, fairy lights and tea lights. It was here as the sun was setting that Conor proposed.”

Wedding planning – “One thing, thankfully, I will NEVER have to do again. I change my mind a lot (Not about Conor though), so this has been the most stressful thing I have ever had to do. With Conor living in London I have had to make most of the decisions. With the help of my mum and dad of course. Although it has been pretty stressful, there have been parts of it that I have absolutely loved. The closer it gets to the wedding, the more chilled we get. The excitement is sky high.”

You could sense that excitement. But, also the chilled vibe of the wedding all day. In the serene lake district setting, the atmosphere was that of a country garden party, with the lake as a backdrop. We absolutely loved being part of their wedding day!

You can see the feature film from their Armathwaite Hall Wedding Videography below:

We LOVE filming at Armathwaite Hall and all over the lake district. If you’re getting married and are looking for a wedding videographer, then get in touch here. We’d love to chat about your plans and what we can do for you.

Thanks to the suppliers who helped to make the day so special:

Dress by Pronovias from Marrime Bridal in Kendal

We had the absolute pleasure of capturing Bea and

An amazing micro wedding in Cheshire. Wow, so the

We travelled down to Derby for Maria & Lee’s Chr

Happy New Year everyone and a MASSIVE congrats to